How to use Expansion and Extension strategies for building language

Language learning can be facilitated through simple and effective strategies. Let’s look at two of those strategies – Expansions and Extensions and how they can be combined with different aspects of pragmatics to facilitate language learning. These strategies work well with children who communicate using a few words or are at an early sentence level, since it is predominantly based on communication partners’ responses to their child.Expansions: Expansion is the process by which you not only repeat what the child says, but also add missing words to make it more grammatically correct. Try not to rephrase the phrase dramatically, but simply hone the statement to make it more robust.

For example, if the child says “Want More” you can model something like “Want More JUICE” on the child’s AAC system (assuming the juice is in the context of the conversation). Or if the child says “bike”, you say “Yes! It IS a BIKE!” (It helps to use different tones and stresses on each word appropriately, to catch your child’s attention).

There are two things at play here.

Extensions: To extend a child’s utterance, we simply respond to the child’s utterance in a conversational way, providing a little more new information, that is related to what the child has to say. These are similar to expansions, but in this case, you not only expand the child’s language, but also add some additional information as an extension. For example:

Expansion and extension seem to work best with children who are using words/phrases or small sentences to communicate. You might not want to use these strategies with every word the child communicates. The hardest part about these strategies is that they require the communication partner to wait and respond to a child’s language instead of directing it. Another thing to keep in mind is to respond to the communicator’s intent i.e. replying to their question or request – and not in a manner of commenting such that the conversation does not go any further.

Are there any favorite ideas that you use for expansion and extension? Share it with our readers – by adding them in the comments! 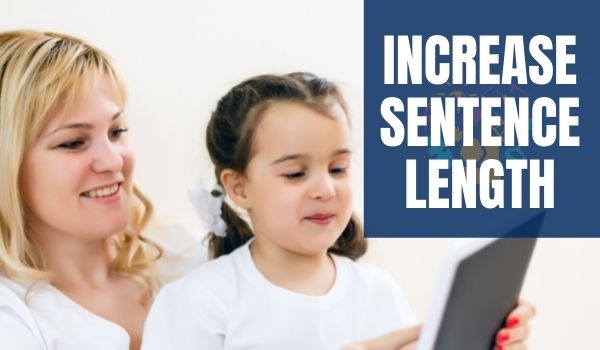 Often when communicators are using only single words, there is…

We often see that one of the major stumbling blocks…